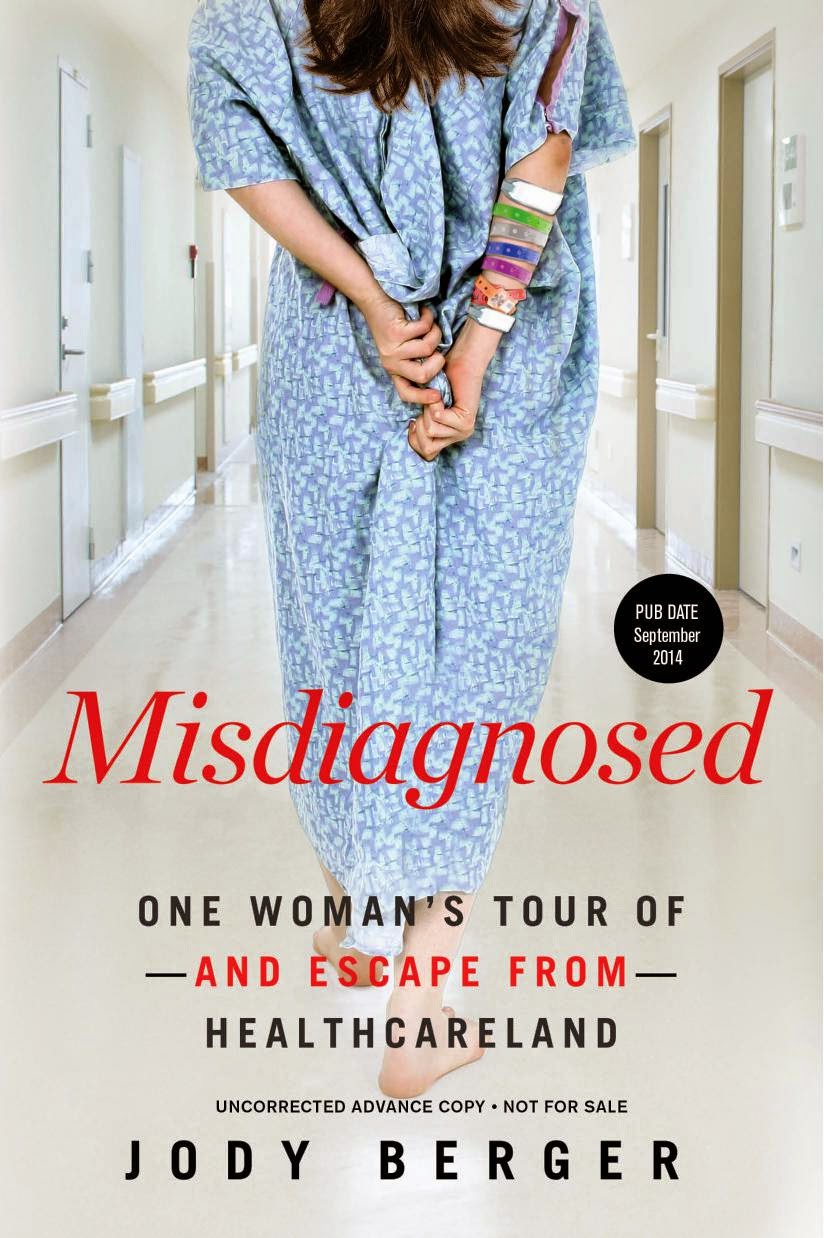 Misdiagnosed: One Woman's Tour Of  - And Escape

Jody Berger's life was thrown into turmoil when  she was diagnosed as having Multiple Sclerosis on the basis of a single MRI scan.  Determined not to become overwhelmed by the diagnosis, she threw herself into research and investigation into what Multiple Sclerosis is and how it is both diagnosed and treated by modern Western medicine.

The more she investigated, the more unhappy she became at the quick and almost haphazard way her diagnosis was reached in contravention of what was regarded as best practice.  Her requests for second and third opinions were all biased by the unthinking acceptance of the initial diagnosis by her doctors instead of a careful re-taking of her symptom history and re-running of medical tests, the results of which should have been interpreted with an open mind.

The story is not one of unmitigated doom and gloom; eventually Jody found doctors and healthcare practitioners who would listen, think outside the box and look for ways to help her. This book has a happy ending, but only because Jody had the strength and courage to take charge of her own health and look for answers which made sense, rather than the obvious quick answers.

It is a salutary look at the dangers and pitfalls inherent in modern medicine and the need for both providers and consumers of modern healthcare to be prepared to question and challenge orthodox opinion when appropriate.

Posted by Elizabeth @ The Garden Window at 5:37 pm No comments: 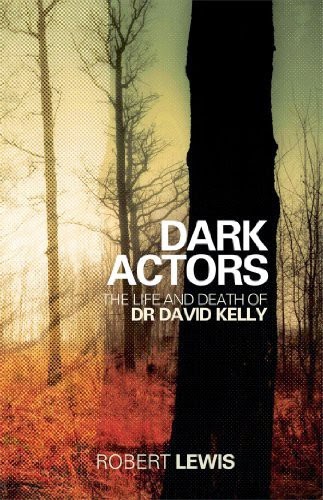 The Life and Death of Dr David Kelly


Dr David Kelly was one of the lead scientists working on analysing whether or not Iraq actually had the weapons of mass destruction that it was claimed they had.  As a biological weapons expert, his knowledge and influence were well-known in his particular field and beyond it.  He had been giving evidence at a parliamentary foreign affairs select committee after an unauthorised conversation he had with a journalist. A few days later, he was dead, apparently having committed suicide in a field near his home. For many of us who followed the news in 2003, it all seemed very odd indeed.
A subsequent Government inquiry headed by Lord Hutton ruled his death was indeed suicide, yet the post-mortem results, on the scene photographs of the body and other evidence were deemed classified and to remain so for the next seventy years on the grounds of national security.  Newspaper reports made at the time of Dr Kelly's death and at the Hutton inquiry were patchy and often contradictory and many people  remained unconvinced that the Hutton Inquiry had delved deep enough or been far-reaching enough to ascertain the truth.

Robert Lewis has spent a  great deal of time and effort researching the events around Dr Kelly's death, and this fascinating book is the result. From David Kelly's often solitary Welsh childhood through to his academic career and becoming involved in researching biological weapons, he traces the formative events and interviews people in David Kelly's life to build up a compellingly vivid picture of a man who was put in an invidious situation because of his desire for honesty and truth, and the sequence of events that led to his untimely death.

From the highly unusual and difficult artery chosen to sever in order to commit suicide and the remarkably small amount of blood lost at the place the body was found, the presence of tablets in his stomach when it was known that Dr Kelly had enormous difficulty in taking tablets, the body having been moved when left in the care of police officers and the fact that heat-seeking equipped helicopters which flew right over the place where Dr Kelly's body was found the next day yet found no trace of his cooling body, this book opens a Pandora's Box of official intrigue, misinformation and officially unasked questions.

There are still many questions unanswered and a large number of people who do not believe Dr Kelly's death was a suicide, but rather that he was permanently silenced.....Read it yourself and see what you think.

I found it an absorbing read indeed.

Posted by Elizabeth @ The Garden Window at 4:31 pm No comments: 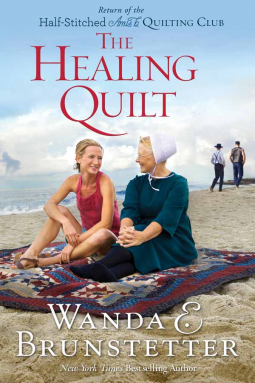 
I was a little worried that this, the third title about the quilting lessons run by Emma and Lamar Miller, would run the risk of falling into a bit of a rut, but I need not have worried.

Emma and Lamar are overwintering in  Sarasota, Florida, and although Lamar's health is improving in the warmth, Emma is finding time hang a little heavily on her hands. With Lamar's encouragement, she advertises her quilting classes once more, and an equally disparate group of attendees turn up.

We meet a heavily pregnant young marred woman, an older single woman who feels her chances of love, marriage and children are  rapidly disappearing, a woman whose husband is a workaholic, a newly-retired widowed woman, an artist who is terminally ill but who has not told his family that his cancer has returned and a wheelchair bound young teenager who is struggling to come to terms with how her life has changed so dramatically.  As with any mixed group, some people bond  together quickly and others find it hard to make friends. When several people from Emma's original group turn up to add to the mix, things become complicated indeed.....

This book is more action-packed than its predecessors in some ways, and there is a lot of gentle humour to add to the keynotes of Christian love and faith which always occur in Wanda Brunstetter's books. Eventually, secrets and back stories from the group's past come to light and all of them  end up having to make decisions and confront things they would prefer to gloss over or avoid.

This was a super read, and one that brightened my week considerably :-)

Posted by Elizabeth @ The Garden Window at 11:48 am No comments: 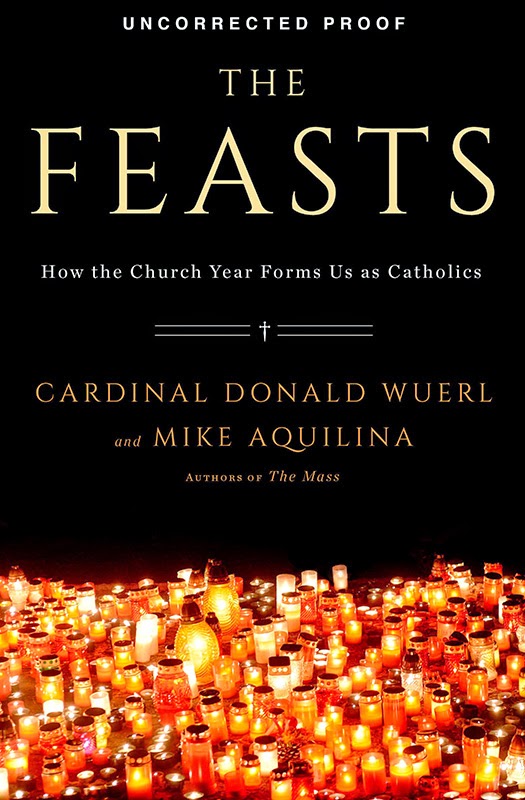 How the Church Year Forms Us as Catholics

Christ Himself grew up following the liturgical practices and festal celebrations of Judaism and continued to follow these in His life as an adult as well. The Christian church from its earliest days followed a liturgical calendar, and as new saints and martyrs were canonised, added their feasts to the calendar too. Virtually every day is the feast day of a saint, and there can be many commemorations of saints on single days.

Each feast has a lesson to celebrate and to teach and preach by its very name, hymnody, psalmody and lectionary readings appointed to that day and has been one of the ways Christianity has thriven in non-literate cultures throughout the centuries.

This concise book describes the differences between worldwide feasts, national feasts, local feasts and the celebrations specific to parishes dedicated to certain saints or events, as well as explaining how the feasts are ranked and how decisions are made about transferring the dates of feasts which may clash. The importance of Sundays and of Easter, the major feasts of the Church's year including Christmas and Epiphany, Pentecost, Ascension, Corpus Christi,  the Holy Trinity, the feasts of Our Lady, All Souls and All Saints, the Holy Angels, the fasting season of Lent,  and the Sacred Triduum of Holy Week are clearly explained and there are many black and white photographs included.

Although very many of the Feasts mentioned in the book would be celebrated by Catholics, Anglicans and Orthodox alike, the calendar used is naturally the modern Roman Catholic one and there are some significant differences between the Churches in the dates of some feasts as well as theological differences; it is aimed primarily at a Catholic  readership but provides a very good introduction to much of the teaching of the Catholic church for those outside Catholicism.

This would be a particularly  good book for new Roman Catholic converts who feel they may have missed out by not "growing up" with the customs, traditions and celebrations of the various Church Feasts of the liturgical year and want to incorporate these feasts and customs into their lives and devotional practices.

Posted by Elizabeth @ The Garden Window at 7:03 pm No comments: 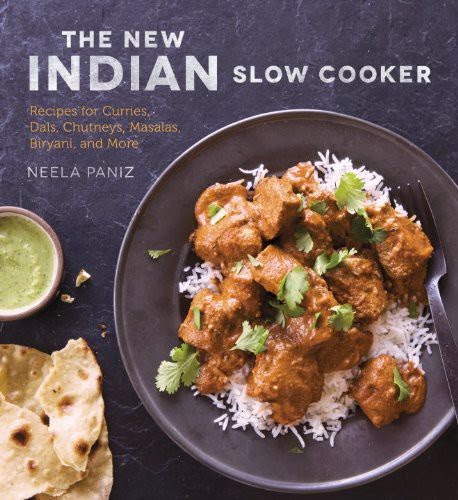 At first glance of the cover, you might think this cookbook will give you recipes for making whole meals in the slow cooker and this is not the case; unless you have multiple slow cookers, that would be an impossibility, given that Indian meals by definition have many accompaniments and some techniques just would not work with long, slow cooking.

It does however give you 60+ recipes for simple, delicious Indian food which would suit  a variety of tastes and most are slow cooker friendly. From preparing your own fresh cheese and yoghurt (much easier than you might think!) to breads, chutneys, soups and utterly vibrant main dishes, this is a mouth-watering book. I discovered many fish and vegetarian delights to tempt me to try something new, and I am looking forward to experimenting and cooking basmati rice based dishes in my slow cooker this weekend.