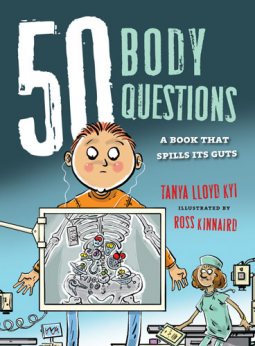 50 Body Questions: A Book That Spills Its Guts


There s nothing about this book *not* to love, whether you are a child or an adult.

Although aimed at children, the facts are fascinating for adults too, and presented in exciting and unusual ways; I am used to seeing that the lengthy of the unravelled small intestine equals so many football pitches, which is of no real use to me as I have no idea how long a football pitch is anyway! Being told that that the straightened out small intestine is the same height as a two-storey building makes it much easier for me to visualise.

Snot, spit, poop and digestion start the book off, including a page on how to make your own synthetic snot, should you feel so inclined. Circulation and respiration are well-covered, as are bones, muscles, how the body fights off infection, how the senses work and exactly how the nervous system functions.

All in glorious colour and well-illustrated, this is a super, simply-written book for children interested in how the body works.

Posted by Elizabeth @ The Garden Window at 2:31 pm No comments: 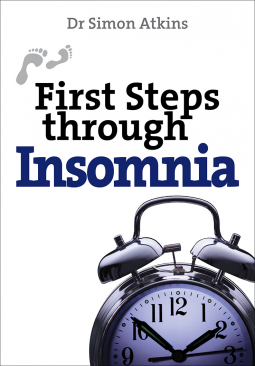 
This is a very short book (only 96 pages long), but one which contains a lot of information relating to insomnia resulting from a variety of causes including jetlag, shift-work, menopause, restless legs and cramps.

Written by a GP who regularly sees and treats patients suffering from insomnia, and whose own wife suffers from the problem, this is a clear, concise and simply written book outlining how much we need to sleep (highly variable), what can happen if we do not get enough sleep (a heightened risk of developing high blood pressure, diabetes, obesity, depression and heart disease), how sleep works, what might be causing our insomnia and what to expect when we visit the doctor to request help and treatment.

He discusses the pros and cons of medication, alternative remedies and cognitive behaviour therapy as well as outlining a series of simple yet effective measures for training the body and mind back into sleeping better.

I found it very helpful indeed, especially as I have suffered with the problem and so has one of my teenage daughters; we have implemented lots of the sleep hygiene routines he suggests and we have found them to be of benefit. The section about teenagers' increased need for sleep is particularly interesting.

It is an excellent  and very useful book indeed!

Posted by Elizabeth @ The Garden Window at 12:51 pm No comments:

Just a gentle reminder that *all* comments are viewed by me before they appear on the blog.

I very much enjoy receiving comments from all over the world, but if I am unable to translate the comments, I do not publish them on the blog.

Posted by Elizabeth @ The Garden Window at 2:38 pm No comments: 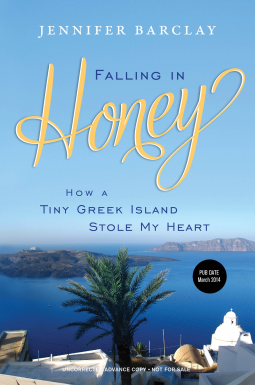 How a Tiny Greek Island Stole My Heart


Jennifer Barclay studied classics at school and her love of Ancient Greek inspired several trips to Greece. When her life imploded after a particularly traumatic end to a relationship,  she swore off men and managed to finagle a working sabbatical in Greece. When she found the tiny island of Tilos, she had found a place where she could "be", and she slowly pulled herself and her life together while exploring the island and making friends. She found healing and peace on the island, and when she returned home again, her life was showing signs of settling down on an even keel once more.

When she met a promising man named Matt who, as their relationship developed, was happy to relocate and set up business and home with her on her beloved Tilos, her happiness seemed almost complete. Sadly, her life once more reached crisis point when Matt was not what he seemed and her hope to settle down and start a family was dashed to the ground in the most unexpected way imaginable....but she picked herself up, dusted herself down and set off to make her home in Tilos just as she had planned anyway.

The descriptions of Tilos are lovely, and her experiences there are generally fun. How many people have stroked a living octopus, I wonder?   She swims, goes dancing, enjoys the food, the warmth, the flowers and the scenery, and paints an idyllic picture of life on the island. It is a pleasant and easy read and would be ideal for taking away on a holiday, but during parts of it I found myself wanting to give her a stern talking to.  She seems to be particularly unlucky in love and the lengthy introspections about her failed marriage and then two failed relationships did stretch my patience somewhat.

I do hope that a sequel will be able to describe her having a more settled and successful romantic life than hitherto!

Posted by Elizabeth @ The Garden Window at 1:37 pm No comments:

Me And Murder, She Wrote 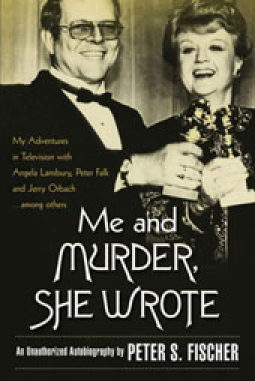 Me and Murder, She Wrote:
My Adventures in Television with Angela Lansbury,
Peter Falk and Jerry Orbach...among others

Peter Fischer is probably not a terribly familiar name, yet his work has provided a substantial number of well-known TV  series. Have you ever seen an episode of Murder, She Wrote, Columbo, Ellery Queen, Marcus Welby, M.D. , Kojak, Blacke's Magic or Black Beauty? Then you have been watching shows which he has either created, produced and/or for which he has written scripts for episodes.

This is a delightful and entertaining autobiography by a man who has always loved to write, and who  finally, at the age of 35, took a massive leap of faith and became a professional writer. A prolific writer, and blessed with a wicked sense of humour and of the dramatic, in his working career he has created or breathed new life into some truly memorably characters. I must confess to loving the character of Jessica Fletcher and could not pass on the chance to read about how she came into being and how Angela Lansbury, a massive star of stage and the big screen was interested in  playing her character in what turned out to be a phenomenally successful and long-running TV show.

Angela Lansbury and Murder, She Wrote  inevitably occupies a significant part of this fascinating book,  and it was an absorbing look into the world of television and how shows are created and produced. The effective and professional working relationship between Angela and Peter Fischer quickly became an enduring friendship between Miss Lansbury and the Fischer family.

Murder, She Wrote is just one of the many shows discussed in detail. Having read about the truly Byzantine intrigues and power plays which go on behind the scenes between different departments and people, and the power the "men in suits" have to make or break a potentially brilliant show, it's amazing that any ideas ever actually make it to a completed show, and even then it can all go disastrously wrong very quickly. The wrong producer, budgetary constraints, a wrongly cast part, an overly simplistic or overly complex script or a temperamental actor can cause utter havoc and wreak death to a promising show. Peter Fischer is able to describe this all too well from his insider knowledge as the man who himself has a wealth of experience of pitching ideas, writing the scripts and producing programmes.

Working with stars has its ups and downs, and it was immense fun to read how differently people handle disputes over story-lines, casting and scripts. Peter Falk comes across as a very likable and thoughtful chap and Fischer's respect and admiration for Angela Lansbury are self-evident, but there are some who are much less likable and end up being the stars of very different scenes!

Posted by Elizabeth @ The Garden Window at 12:09 pm No comments:

Sorry for the lack of posts - it was my younger daughters' school half-term break last week, and on top of that, I have had a dental abscess which meant a week's worth of antibiotics and generally feeling under the weather.

Posted by Elizabeth @ The Garden Window at 7:44 pm 1 comment: