The Fireside Grown-Up Guide to Mom, 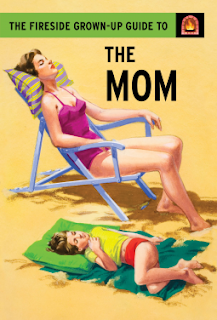 The Fireside Grown-Up Guide to The Mom
By Jason Hazeley and Joel Morris
Published by Touchstone/Simon & Schuster, 2016


Do you remember the delights of good old-fashioned children's reading books, with short sentences, oft-repeated words and educational snippets, all beautifully illustrated? I do, and was delighted to find that these type of books have actually been revamped and updated to reflect modern themes and concerns, aimed squarely at adults but still with the same charming format. The result is clever, incongruous and very amusing.

This one is "The Mom". As you would expect, it encompasses all the delights, hazards and frustrations of motherhood but presented with a vintage face. From the delights of nursing an infant (and the resulting baby puke), through to having to drink enough wine to have corks to make a doll, each page will strike a chord with mothers, whether your children are adults or still young.

"This is a mom.
A mom has two very important
jobs to do. One is to look after
her children.
The other is to do everything
else as well."

That just about sums it all up very neatly :-)
Share with friends using the share button below.

Posted by Elizabeth @ The Garden Window at 10:12 pm No comments:

One Of The Few 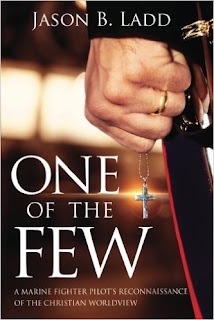 One Of The Few: A Marine Fighter Pilot’s Reconnaissance of the Christian Worldview

By Jason B. Ladd


We read so much in the Bible about many being called, but few are chosen; this is also very true in the arduous selection process by which people become US Marines. Many people try, few succeed, and those who do succeed are among the bravest and most determined of all people, upright, honest, committed to the service and defense of their country.

Such an attitude is generally regarded as antithetical to the often wishy-washy milksop portrayals of Christianity in modern society and especially in modern media; just think of Ned Flanders in "The Simpsons" - not many people would take him for a role model. Many people would, however, want to be just like Jason B. Ladd: a devoted husband, father, patriot, Marine, hero, but he is, above all, a Christian.

How did he end up becoming a Christian as an adult, carefully forming his beliefs and his world view hand in hand with his marriage, fatherhood and his military service which included fighting in Iraq? He fell in love, at a young age, with a Christian girl who would become his wife and mother to their children, and by her quiet example and gentle teachings, he edged ever closer to developing his own faith in Christ.  Having children made him think long and hard about the Big Questions in life; he found that having a firm Christian belief  was no barrier at all to still being a warrior for his country, and in fact the two walk hand-in-hand very neatly and easily, as he skilfully shows.

This is his life story - filled with adventure, excitement, fear and danger as he recounts the stories of his gruelling training and hard work to eventually become a Marine pilot, counterbalanced by the tenderest of moments when he recounts episodes relating to his family life. He takes a long, hard look at modern society, its dangers, perils and pitfalls for the unwary, and how Christianity provides a sure and certain path even in these difficult and dangerous times.

This has been an incredibly interesting and absorbing read, and I commend it to anyone wondering if it is truly possible to be a modern Christian male, devoted family man and firm patriot. Jason Ladd shows that it is.

Posted by Elizabeth @ The Garden Window at 2:13 pm 1 comment: 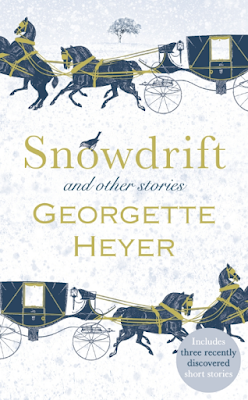 Just in case any of you were not previously aware, Miss Georgette Heyer's delightful short story anthology, "Pistols for Two" has just been reissued as a hardback version and this time, it also includes three short stories which have been out of print since the 1930s and have been recently rediscovered by Miss Heyer's biographer, Jennifer Kloester!

Posted by Elizabeth @ The Garden Window at 12:48 pm No comments: