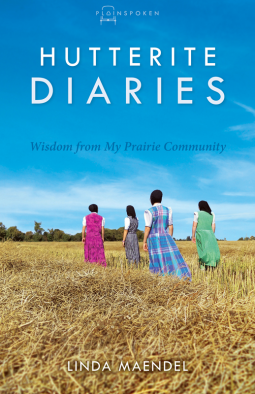 Wisdom From My Prairie Community

If you mention the word Anabaptist to most people, they will generally say "Amish". Few will say "Mennonite" and fewer still will say "Hutterite", which is a shame as the Hutterite philosophy and culture is absolutely fascinating.

The Hutterites believe in living communally in a Biblical fashion, eating together, working together, praying together and holding many things in common. No-one is rich or poor; everyone works, depending on their skills, aptitudes and ultimately the needs of their particular community. They  take the concept of Christian living and caring for each other very seriously indeed. The community farms, rises livestock and makes wooden items for individuals and businesses; they are happy to use modern technology when beneficial to them, but still keep to their traditional dress and the women wear headcoverings.

Linda Maendel is a school teacher at her Elm River colony near Oakville, Manitoba, Canada, and this is  a vivid and entrancing depiction of life there. It is often very hard work, but the blessings and happiness shine through in each and every vignette, illustrating aspects of the philosophy, customs, religious beliefs and organisation of her particular colony and an introduction to the history of the Hutterite movement in general. The chapter about Hutterites who were enslaved is particularly intriguing!

Posted by Elizabeth @ The Garden Window at 9:48 pm 2 comments:

The Real Lives Of Roman Britain 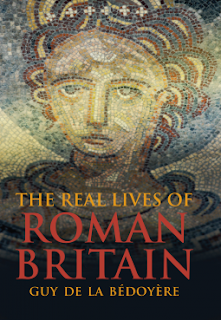 The Real Lives Of Roman Britain


The author is at great pains to point out that this is not yet another history textbook about the 360 years of Roman occupation in Britain. Instead, it is a book which talks about what we know about the people who lived and worked, prayed and fought in Britannia when Roman rule held sway and influence.

This knowledge comes from artefacts, buildings, archaeological excavations and inscriptions, ranging from brief fragments which tantalise to rather more extensive information, and I was really surprised to find that Britannia was a real cultural and racial crossroads, a melting pot of people from all over the Roman Empire - the idea of only modern-day Britain being a cosmopolitan place is wholly erroneous! It is, however, important to bear in mind that the cultural and racial identity of native Britons was largely determined by the tribe or clan to which they belonged and the idea of being a Briton  as we understand it now would have been quite alien to them.

The illustrations at the beginning of the book are extremely interesting, depicting  examples of pepper pots, gold buckles, wall paintings, mosaics, coins, altars, clay pots, tombstones and statues. Each has a story to tell and a point to make, and the workmanship of native craftsmen is lovely indeed. From the initial contact between Rome and Britain with Caesar's invasion, frontier life, Roman London, death and dying, religious beliefs and practices, this book answered many questions I had about everyday life under Roman occupation, and anyone interested in Roman Britain would definitely find this an enjoyable and enlightening read.

Posted by Elizabeth @ The Garden Window at 4:03 pm No comments:

The Thomas The Tank Engine Man 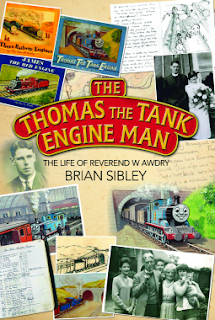 The Thomas The Tank Engine Man:

The Life Of Reverend W. Awdry

My daughters grew up with Thomas the Tank Engine and his friends; I read the books to them till they were old enough to read the stories themselves and played endless games of trains with them when they were small. Every train trip was a delight to us all, even though our trains weren't pulled by steam engines, I am sad to say!

I am thrilled and delighted to have been able to read and review this book about the life and work of the Reverend Wilbert Awdry who created the stories for the entertainment of his own son Christopher, when that young lad was confined to bed when ill with measles. Christopher's misfortune proved to be a blessing for countless children ever since. Wilbert Awdry had grown up in a family which loved trains and model train sets and he passed on this love to his own children, along with his precise, in-depth knowledge of railway workings, lore and minutiae.

His wife felt that the stories he made up for Christopher (and he also had to write them down to make sure that he told them exactly the same every time, or Christopher would correct him!) were infinitely superior to the children's books she saw in the shops.  When published, they proved to be equally popular with many other children and their parents.  Most of the stories were based on events which had really happened, which made them even more convincing and enjoyable. The crafting of the stories and their eventual publication makes for fascinating reading indeed as his attention to detail was legendary and the stories of his polite battles with his publisher over the illustrations which inaccurately portrayed engines and rolling stock will come as no real surprise to the reader.

As an extremely busy parish priest and father to a growing family, he had little spare time to devote to writing, yet he did so, and spent a huge amount of time replying to the questions posed to him by his eager young readers and their parents throughout the rest of his life. His younger brother George  willingly acted as a sounding board to his mapping out of the fictional Island of Sodor, where the stories were set and soon they had produced a complete topography, geography and history of their own island. Family holidays revolved around railways, new ideas blossomed and soon Wilbert found that the writing of the stories acted as a tonic and a way of de-stressing from his parish work.

In 1950, some of the stories were translated and published in Welsh and eventually they would be translated into many other languages. By 1958, merchandise was also being produced, starting with a press- out model book, a map of the Island of Sodor, nursery wallpaper and even records of the Rev Awdry narrating some of the stories. By 1961, some two million books had been sold -  a remarkable achievement, although the royalties he received were actually very small - and eventually Wilbert Awdry decided the time had come to give up being a parish priest and devote himself to his long-suffering wife and to the necessary in-depth research which  his writing career  made necessary.  He continued to be an active priest, acting as a visiting priest to Gloucestershire parishes where the incumbent was on holiday or ill, and saw his writing as a specific ministry to children.

This is an absolute "Must Read" book for any "Thomas" fan; absorbing, engaging and altogether fascinating reading.
Share with friends using the share button below.

Posted by Elizabeth @ The Garden Window at 9:05 pm No comments: