REVIEW Hortense And The Shadow 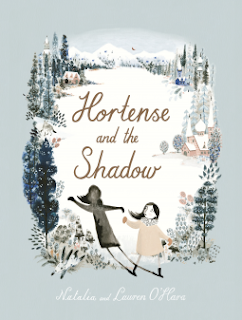 Hortense And The Shadow
By Natalia and Lauren O'Hara
Published by Puffin Books, 2017


Hortense is sweet, sassy, brave and clever. However, she really, really hates her own shadow and to her annoyance, no matter how hard she tries, she can never escape it - until one day, she somehow manages to cut off her shadow.

Overjoyed to be free at last, she is so very happy... but one night, she falls into mortal danger, and the only thing that saves her is her shadow and she realises how mistaken she has been all along.

This is a short but delightfully illustrated young children's book, deliciously scary in parts, and very reminiscent of an Eastern European type of folk story. It can be read on multiple levels and is an interesting story to read out loud and discuss with children; I liked it very much.

Posted by Elizabeth @ The Garden Window at 4:41 pm No comments:

JUST READ - Take Good Care Of The Garden And The Dogs 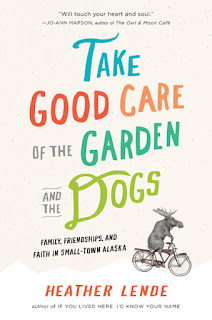 Take Good Care Of The Garden And The Dogs:
Family, Friendships, And Faith In Small-Town Alaska

I have always found Alaska an intriguing place and thoroughly enjoyed this book by Heather Lende, who lives in the very small town of Haines in Alaska. It is a completely different way of life in Haines, where food is either hunted, trapped, fished or home-grown in an extremely short growing season, or shipped in from long distances. Food plays a large part in the book, and she relates how in her home, the rule is "you kill it, you eat it"; she discusses bear hunting, salmon fishing, harvesting wild produce and how Lasagne can even be considered an exotic treat.

Much of the book revolves around a major cycling accident she was involved in and her lengthy recuperation, how it affected her, her family, her faith, her friends and indeed her whole life. The accident brought her up short and made her reconsider anew the brevity of life and how life can be changed in a heartbeat; her occupation as obituary writer for the local newspaper makes her keenly aware of how every death in a small community affects everyone on some level and what each person brings to the life of their community.

A thoughtful read, with many touches of humour, and crammed full of information about native Alaskan customs, traditions and ways of looking at life.

Posted by Elizabeth @ The Garden Window at 3:40 pm 1 comment: 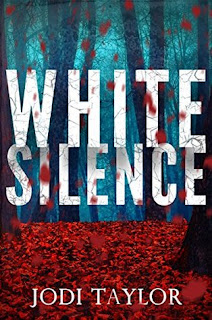 Having read and loved all of Jodi Taylor's other books,  I was keen to see what she would produce with the start of this very different supernatural type thriller series starring Elizabeth Cage. This is a huge sea-change from her Frogmorton Farm contemporary fiction and her Chronicles of St Mary's  series about time travel investigating historical events in contemporary time.

As a child, Elizabeth rapidly learns that she can do things other people cannot, and that even when she does what she thinks is right and for the best, other people see her abilities very differently and see her as a threat to their wellbeing. Her ability to "read" people becomes something she suppresses, and she makes a determined effort to lead a dull, blameless ordinary life, never attracting attention to herself.

It almost works. Almost. A "chance" encounter with a flasher in a park leads her to meet and fall in love with Ted Cage, and after a quick courtship, they marry, leaving her to lead a normal suburban housewife life until Ted takes a new job at the Sorensen Clinic. It isn't long before she is invited to accompany Ted to a function at the Clinic and she meets his boss, the unsettling and rather creepy Dr Sorensen, and one of Ted's colleagues, Michael Jones, who has an intriguing aura and nurses a mystery of his own.

Ted's sudden death and her enforced stay at the Clinic lead her to team up with Michael Jones and together they face a entity involved in the death of one of the other patients, travel back into the past, though we never quite find out how that was accomplished, and then escape the Clinic to hide in a remote castle which turns out to have secrets and dangers of its own and places both of their lives in danger...... and that's just for starters.

This is jam-packed with action, adventure, adrenaline, tears and fears and beautifully written scenes; I was absolutely hooked and read it compulsively as fast as I was able.  The story ends abruptly with Elizabeth fleeing for her life, not knowing who she can trust or which version of recent events is actually real; this quite literally stopped me dead in my tracks, simultaneously outraged at the cliffhanger and desperate to discover what happens next to both Cage and Jones. Subsequent more careful re-reading did reveal additional clues about what may have happened but I would not dare to regard them as cast in tablets of stone as Jodi is perfectly capable of leading us up the garden path and then springing the unexpected on us, as she has done a few times in the Chronicles of St Mary's.
Really looking forward to the next installment :-)

Posted by Elizabeth @ The Garden Window at 7:24 pm No comments: 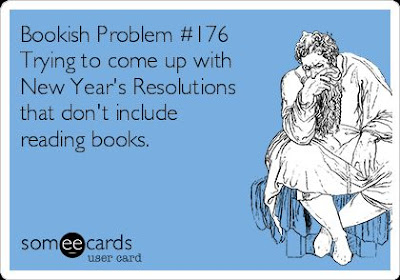 Wishing you all a very Happy New Year!

I think this year I will head  new posts either as REVIEW  which will generally be for books I get via NetGalley unless I state otherwise, or as JUST READ for my general day to day reading :-)

Posted by Elizabeth @ The Garden Window at 6:52 pm 1 comment: