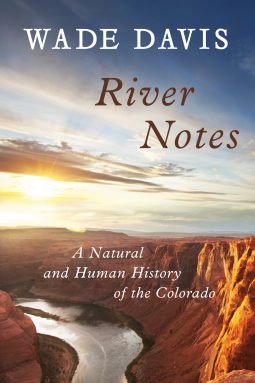 A Natural and Human History of the Colorado


I had a particular interest in reading this as my daughter and son-in-law live in this area. It covers exactly what the cover says, and quite remarkably so when the book is only 155 pages long.

From the dawn of the world through to a modern day "river trip", humans have been interacting with this enormous river , sometimes harmoniously and to mutual benefit, but in more recent history, mankind's interference with the great river has had devastating effects.

The damming of the river at various points has meant that the once thriving estuary where the river met the sea was reduced to a salty arid region where the very water itself  had become toxic as it was reduced to a trickle. The effects on humans and wildlife has been incalculable, yet the damming provides water for a vast region with little natural rainfall to depend upon.  Would such a preponderance of dams - or even any dams at all - be allowed under modern planning and development restrictions?

In contrast is the lo-tech way the native Americans interacted and continue to interact with the river and the region, and David gives a sympathetic and absorbing account of the people he met and the ancient customs which survive to the present day, despite the odds.

This is a book I am glad to have read.

Posted by Elizabeth @ The Garden Window at 11:08 am