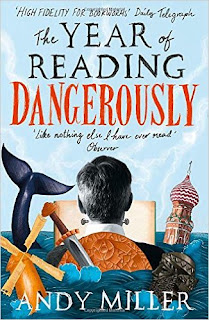 The Year of Reading Dangerously by Andy Miller.
Published by Fourth Estate, 2015 in paperback.

Fed up of maintaining a pretense about having read books he had not, and wistful about books he wished he had read, Andy Miller set out to create a List Of Betterment and made a determined effort to carve out time in his busy life to read all  fifty of them.
Each of the books is discussed at some length, whether or not it had lived up to the hype, been worth reading, been an enjoyable read and so forth. I found it endlessly entertaining and the inclusion of his "Lists" (he ended up with three) has given me lots more books I'd like to tackle at some point as I have only read 10 out of the 50 on the original List Of Betterment.

How on earth can you fail to enjoy a book which analyses "The Tiger Who Came To Tea" in the same way as it does "War And Peace" ?  Enormous fun. 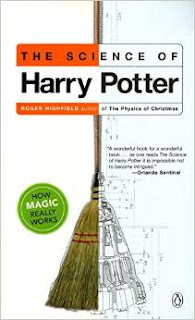 The Science Of Harry Potter by Dr Roger Highfield.

This is a charity shop find, published in 2003 by Penguin Books, so  somewhat outdated as far as the science goes, but still a really interesting read about how much of the magic described in the Harry Potter books can actually be rationalised, explained  and even replicated by science.

I do hope an updated version will eventually be published as science has marched on considerably since 2003. 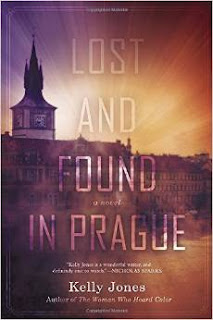 Lost And Found In Prague by Kelly Jones, published by Berkley Books, 2015

I found this by chance when browsing on Amazon and thought it looked worth reading.  The mysterious death of an elderly nun in the church of Our Lady of Victories in Prague - which is home to the miracle-working statue of the Holy Infant of Prague - brings a reporter, a police investigator, a current nun at the Carmelite Convent and an influential Catholic cleric together in an attempt to solve the puzzle of the nun's death.

It seems unlikely at first glance that  the death of the elderly and infirm Sister Claire might be linked to the apparently random deaths of several other people in the Czech Republic, but it turns out that the echoes of the Velvet Revolution in 1989 still manage to have repercussions to this very day...

Atmospheric and surprisingly captivating, though I did find the repetitious use of the phrase "religious icon" irritating beyond belief by the end of the book ;-)

Posted by Elizabeth @ The Garden Window at 4:08 pm