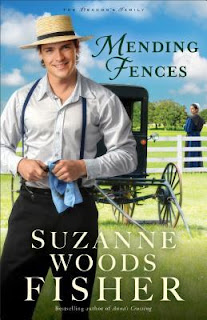 
Book 1 in "The Deacon's Family" series

I was asked to review the second in this series, and realised that somehow, I had missed the publication of the first book. I quickly purchased this and settled down to read. Oh boy, was I in for a treat!

Luke Schrock was a ne'er-do-well of the first water. Handsome and arrogant, he was always up for a good time and a laugh, no matter the consequences to those who had to bear the brunt of his antics in their small Amish community at Stoney Ridge. He'd ended up in a rehab facility several times due to his alcohol addiction, but his Bishop had never given up on him and even managed to find a family who would take him in at Stoney Ridge once his time at rehab was up.

Amos Lapp is the community's Deacon; he and his wife Fern have already given a safe and loving home to Izzy Miller, a young woman whose own life has been marred with anguish and pain. Although in the past Luke has caused them trouble, they are willing to let him stay with them at Windmill Farm, but with natural reservations, especially with regard to Izzy's wellbeing.

Bishop David makes it plain that nobody will tolerate any nonsense from Luke under any circumstances. Furthermore, Luke is confronted with an extensive list of local people whom he has wronged, is told point-blank that he must apologize to absolutely everybody on that list and also ask them in what way his actions have affected them....

Has Luke really changed? Will he ever be able to convince his family and community that he has changed not only his lifestyle but his heart and attitudes?

I would never have thought that a wholesome Amish version of  the premise of "My Name Is Earl" would work, but it does, and brilliantly so.

I read the book cover to cover twice in quick succession and thoroughly enjoyed it. It is filled with thoughtful humour and a great deal of low-key but powerful spiritual teaching as we watch Luke grow and develop into a decent, kind young man with much to offer his community.

Posted by Elizabeth @ The Garden Window at 4:29 pm No comments: 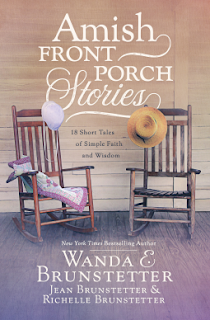 This is a great collection of Amish-themed short stories, written by Wanda Brunstetter, her daughter-in-law,  Jean, and her grandaughter, Richelle.

Wanda needs no introduction, and it is lovely to see other members of her family picking up the mantle and carrying on the tradition of Amish fiction writing.

Considering these are short stories, a great deal of gentle Christian admonishment and love  is   packed into them, sometimes covertly and sometimes overtly, but never confrontational or overbearing in tone or attitude. Whether we interact with Amish folk on holiday, at home, feasting or
grieving, the sense of community provides comfort, humour, human interest and hope in each story.

The only criticism is that some of the stories are perhaps a little uneven in pace and dialogue, but I have every expectation that as Jean and Richelle write more, this will be less noticeable; this is only a very minor quibble and does not in any way detract from my enjoyment.

Thanks to the publisher for allowing me a free digital copy to read and review via NetGalley.

Posted by Elizabeth @ The Garden Window at 2:53 pm No comments: 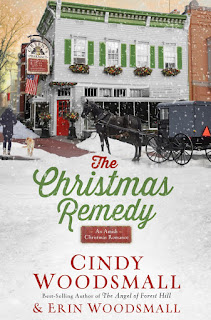 Holly Zook is a rarity in the Amish world: a young woman who works in an Englischer pharmacy who is being allowed by her Bishop to study in order to take exams to extend her role, which will benefit the local and extended Amish community who use the business as an important means of information and healthcare.

Her employer, Lyle Greene, is approaching retirement age and willing to bend over backwards to help all those who visit the pharmacy, which is run on old-fashioned values of trust, respect, care and consideration. He is incredibly fond of Holly, and sadly somewhat distanced from his son Brandon who is himself studying to become a pharmacist and is about to take final exams.  When Lyle collapses at work and has a stroke, Brandon returns to help his father, but is horrified to find the business is making little money and being run in such an old-fashioned way. He is full of ideas, which Lyle is reluctant to espouse, and it soon becomes apparent that someone is working to undermine Lyle and the pharmacy as much as possible.

Who could it be?
Can Brandon overcome his prejudices about Holly to help his father, and can Holly put the past behind her to reignite her relationship with her friend Joshua Smucker?

This is a delightful Christmas novella, and I am still baffled how I managed to miss it last year when it was first published.
Share with friends using the share button below.

Posted by Elizabeth @ The Garden Window at 9:00 pm No comments: