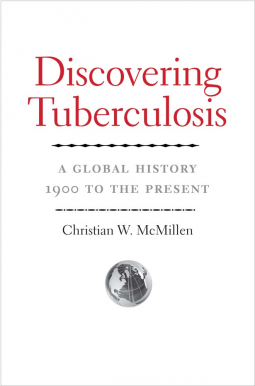 A Global History 1900 To The Present


The discovery and widespread use of antibiotics and the use of the BCG vaccination programmes in the twentieth century initially promised to wipe out tuberculosis globally, yet failed to do so. We are now in the invidious position of tuberculosis staging a huge resurgence across the world, resistant to most antibiotics.

What on earth went wrong and how have we ended up in this potentially devastating situation?

McMillen, a historian, looks at the theories behind the susceptibility of races and transmission of the disease in the 1900s, at the discovery and use of antibiotics to  treat this once-dreaded disease and the problems of using allegedly "expert" opinions to form  policies which were largely based on economics rather than sound medicine and statistical evidence. The implementation of vaccination programmes across the world could in theory have enabled the disease to have been very greatly diminished or even eradicated from large parts of the world in the way polio has been, but this was not the case, with success rates in BCG vaccination trials ranging from  80%  all the way down to a staggering 0%. This illness does not have a "one size fits all" treatment profile and the in-depth study McMillen provides of three areas - Native American reservation populations, Kenya and India - demonstrates this clearly, with concerns about antibiotic resistance actually being expressed as far back as the 1950s.

We face the widespread rise of tuberculosis and a desperate struggle to somehow rein in the disease once again. There really is no room for complacency when dealing with this bacterium, which now kills more people per annum than at any time in recorded history. It is a master of disguise, allowing sufferers to appear healthy for long periods of time, yet many people in the developed nations of the world regard it as an historical disease or restricted to the poorest parts of the world - a dangerous fallacy indeed.

Posted by Elizabeth @ The Garden Window at 2:19 pm