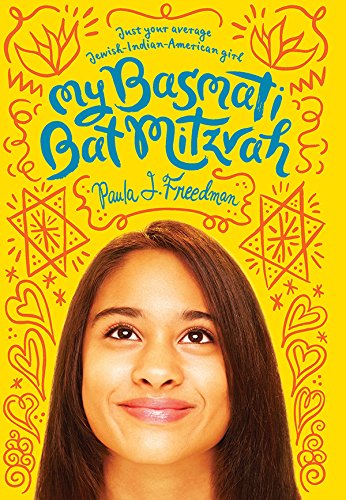 
Tara Feinstein's mother converted to Judaism when she married and Tara has grown up in a mixed Indian Hindu/Jewish American extended family, filled with love and laughter.

For her parents, it is a no-brainer that Tara will be having a Bat Mitzvah to mark her passage into Jewish adulthood, but as the occasion draws nearer, Tara is beginning to have doubts.  Does she really believe in God? Is she really Jewish when her mother is a convert, not Jewish-born herself?  Will she be betraying her Indian/Hindu heritage by going ahead with her Bat Mitzvah?

Added to all of this is her life at school, her Robotics project, her best friends Rebecca and Ben-O, her arch-nemesis, Sheila Rosenberg, and attending Hebrew school to prepare for the ceremony, as well as trying to stop her mother going totally overboard with the reception afterwards. It is an enormous amount to deal with, especially in the teenage years.

Friendships wax and wane, disasters happen and life becomes incredibly complicated, especially when secrets come out into the open, but with the help of her beloved Gran and Rabbi Aron, she starts to make sense of who she is, what she believes, where she "fits in" in her school, social circle, family and her religious beliefs, growing up in every sense of the word.

This book, aimed at tweens and early teens, was an absolute delight to read :-)
Share with friends using the share button below.

Posted by Elizabeth @ The Garden Window at 5:12 pm