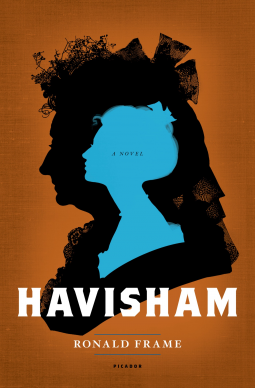 The unwritten back-story of Great Expectations has always fascinated me. Charles Dickens tells us that Miss Havisham was jilted, but the finer details are never given and we are left to wonder at her life prior to her much-anticipated but ultimately disastrous wedding day.

Ronald Frame has bravely chosen to pick up Miss Catherine Havisham's story and he fleshes it out well. We learn of her guilt at causing the death of her mother in childbirth and her lonely and rather sad life as an only child in the large Satis House so closely attached to her family's brewery.

With her rich yet emotionally distant father, she grew up with everything money could buy, yet was so vulnerable on many levels; she was too "trade" for the children of upper-class families to play with but the local town children  were "beneath" her, according to her father's estimation.

Although the books starts off slowly, it gradually gathers pace and complexity as we meet a half-brother of whom she had been completely unaware and who tries to usurp her place in their father's affections. When her father arranges for her to stay with the wealthy and influential Lady Charlotte Chadwyck's family, she eventually meets the man who would, in her own words, ruin her life -  the charismatic, manipulative and utterly self-serving Charles Compeyson....

Posted by Elizabeth @ The Garden Window at 12:25 pm