C.S.Lewis: A Biography Of Friendship 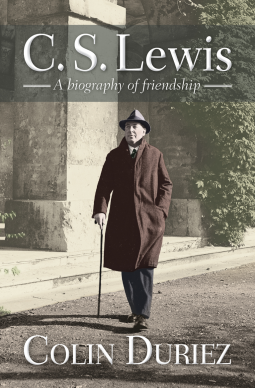 A Biography Of Friendship


I was rather sceptical about whether anything new could be said about the much-lauded C S Lewis, and was very pleasantly surprised by this unusual book.

It is not a traditional chronological biography but instead a fairly slim volume which chooses to examine the friendships he had and which he valued greatly. Some were almost lifelong friends, especially his beloved brother Warnie, others were philosophically-akin friends, college friends or academic friends, some were transient but important friends and some were almost soul-mates. His friendship with Tolkien and the other Inklings is described but so are the lesser-known friendships and relationships. His unusual and significant friendship with Jane, the mother of his army colleague Paddy Moore was to last until her death in 1951; he and Paddy had made a pact that if one of them did not survive the horrors of the First World War, the survivor would take care of the other's family, a pact which Lewis took exceptionally seriously, making sure Paddy's mother and sister were provided for, and living with them until Maureen's marriage and then Jane's death. There has been controversy as to the depth of the relationship between them;  he often introduced Jane to others as "Mother", but this is handled in a detached and certainly not prurient fashion. The only jarring note in the whole book is the description of Lewis disclosing his sexual fantasies at a young age in letters, which I felt was unnecessarily intrusive and did not add to my understanding or enjoyment of that segment.

As it is a thematic biography and not a time-line biography, I did find I occasionally had to skip back and forth to check on dates and names as I was reading, but this did not detract from my enjoyment of the book at all.  Lewis' conversion from atheist to agnostic to Theist and finally to Christian is handled very well and  in depth, making for fascinating reading in these days of strident atheism. No-one can doubt Lewis' intellect, having First Class Honours degrees from Oxford in English, Philosophy and Classics, which makes his conversion to Christianity all the more remarkable and heartening. I found it was particularly interesting to read about his science fiction novels, which I have not yet read but intend to do so in the near future, and I feel rather sad to have reached the end of this book....

Posted by Elizabeth @ The Garden Window at 6:34 pm

thanks for letting us know about this book!

his science fiction novels are worth reading... I just listened to them all via audible a month or so ago!