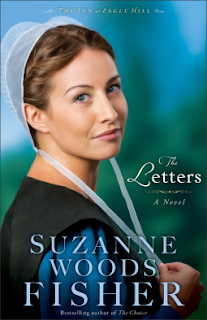 
I initially thought he opening of this book was a little disorganised, briefly introducing many strands and characters in a seemingly random order in a short space of time, but it soon became apparent that this was a carefully written story on many different levels.

Our widowed heroine, Rose, is struggling to pay off her late husband's business debts (incurred under somewhat mysterious circumstances), bring up her children and step-children and care for her difficult and ailing mother-in-law.  She ends up desperate to remain financially solvent and decides to run a guest house to augment her finances. We quickly meet a  woman named Delia who is devastated to find that not only has her husband been having an affair, but she has just been diagnosed with cancer too. She flees, and by a lucky encounter, is directed to Rose's home where she feels safe and nurtured, and she begins to reassess her life, her relationship with God and her marriage.

This was a delightful, sweet, thoughtful book about relationships within families and what is important; the eponymous "letters" are an absolute joy to read and I only wish there had been more of them! Highly satisfying with no absolute chocolate box happy endings, but instead, the hope of happy endings being worked out.

Posted by Elizabeth @ The Garden Window at 9:45 am