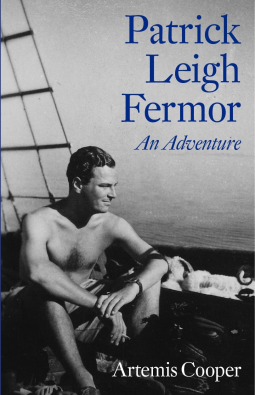 By New York Review Of Books

I first read one of Patrick Leigh Fermor’s books  - A Time Of Gifts - about twenty years ago and was captivated by the vivid and enchanting portrayal of the people and places he saw in the first part of his epic journey from Holland right through to Constantinople.   Eventually I discovered two of his books dealing with remote and ethnologically fascinating parts of Greece -  Mani and Roumeli – which were equally enjoyable.

I knew precious  little about him other than what he revealed in his books and was delighted to get the chance to read this new biography of him by Artemis Cooper.  Flesh is put on the very bare bones of his personal and family life and a fuller picture of his quite unbelievable life given. He became acquainted with a vast number of European notables, academics and aristocrats alike, and made friends easily across all classes and backgrounds of people wherever he went on his wide-ranging travels before finally settling in his beloved Greece.

I had absolutely no idea that Fermor had served in Crete during World War 2 as part of the British Special Operations  Executive  working with the Cretan Resistance movement;  he was awarded with the D.S.O. medal for his vital part in the abduction and capture of General Kreipe who then spent the rest of the war years incarcerated in the  Island Farm prisoner of war camp  very close to my home in South Wales.

I have to be honest and say that I would have actually preferred to read considerably less about his marked propensity for sowing his wild oats and his numerous liaisons with women outside of his long-term and very open relationship with the Hon. Joan Rayner, whom he eventually married, but nonetheless, this is a truly fascinating biography of a remarkable man.

Posted by Elizabeth @ The Garden Window at 6:01 pm