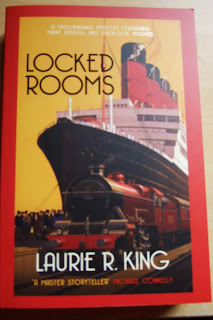 Or perhaps I should say, Recently Re-read !

Locked Rooms
I think this may perhaps be my very favourite of Laurie King's wonderful Sherlock Holmes / Mary Russell series.  Since her childhood, Mary has carried the burden of believing that she was the direct cause of the terrible accident which caused the deaths of her parents and her brilliant younger brother. But was she really to blame ? Or was there a deeper, darker element to the accident, which becomes a more possible explanation as she investigates the strange happenings to those who knew her parents..... 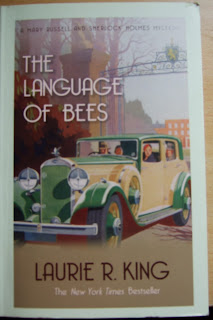 The Language Of Bees
This was a gripping read, the first of a two-part novel. Dark, disturbing and unsettling, it deals with a fanatically deluded  charlatan who causes tragedy to strikes very close to home indeed for Sherlock and Mary. Not for the faint-hearted, but brilliantly crafted. 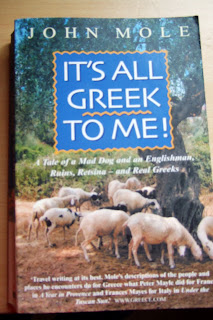 It's All Greek To Me!
This is a gentle, respectful and loving look at Greek culture and life as one man and his family attempt to come to terms with buying and renovating an old property in a small village. 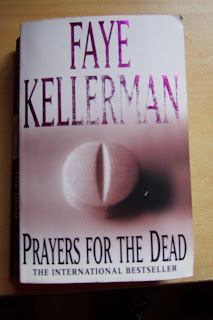 Prayers For The Dead

Mrs Kellerman has produced another thought-provoking  book; this one explores how a religious family can be  profoundly and fatally divided. 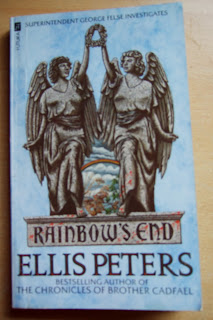 I do love the classic Ellis Peters'  "Inspector Felse" detective novels. Rainbow's End  was a particularly good one in the series, which revealed hidden depths on re-reading. 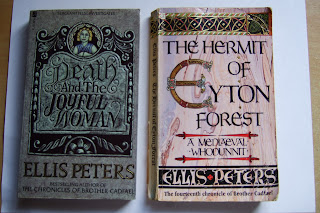 As did Death And The Joyful Woman ! These books are as much about Dominic Felse as about his father George, and Dominic is a delightfully drawn teenager.

The Hermit of Eyton Forest  also deals with betrayal, division and loss.

It is interesting how sometimes one unconsciously chooses a succession of books which deal with a particular theme or set of circumstances. I am currently reading Laurie King's magnificent The God of The Hive, and am finding it to be just as difficult to put down as it was the very first time I read it !
Share with friends using the share button below.

Posted by Elizabeth @ The Garden Window at 7:25 pm

It is interesting, isn't it? I've only read the first one of King's books, but I have the second one around here somewhere.

I find with non-fiction I tend to go in themes...

And I do love Ellis Peters; I have read a few Cadfael and one Inspector Felse. I hope they have more at the library up here.