Sorting through some folders on the computer yesterday,
I realised that I had never blogged about our trip to the small but delightful World War 2 museum in Swansea last year........
All the photos will enlarge if you click on them. 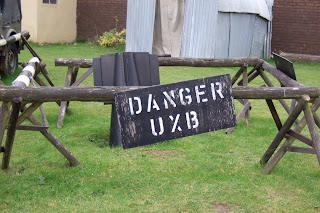 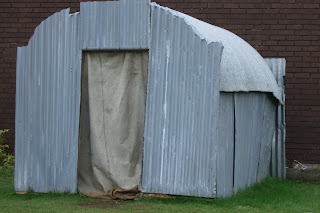 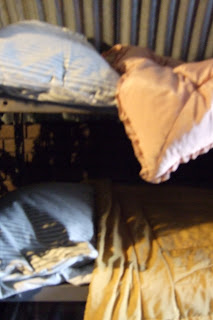 Bunk beds inside the bomb shelter 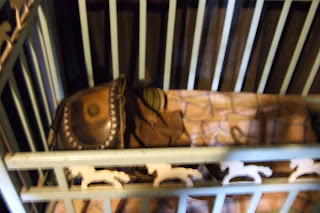 and a gas mask for the baby in its cot. 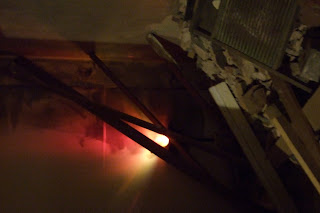 A mock-up of bomb damage, which was very effective in the subdued lighting.... 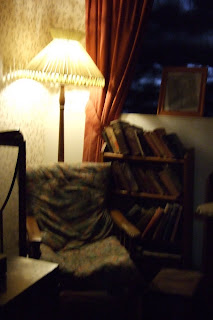 And mock-ups of period rooms. 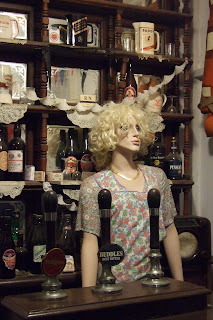 Even a fully stocked pub bar, though the model barmaid looked rather the worse for wear..... 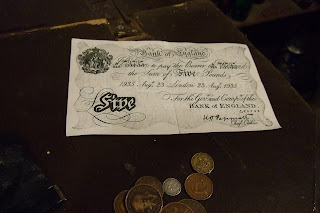 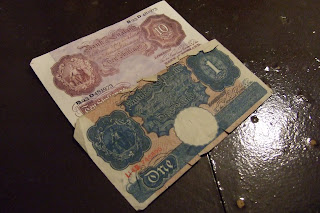 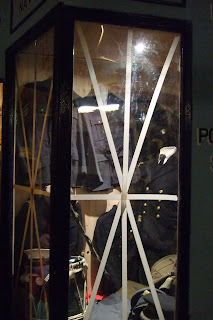 The shop windows were taped to prevent damage from flying shards of broken glass during air raids. 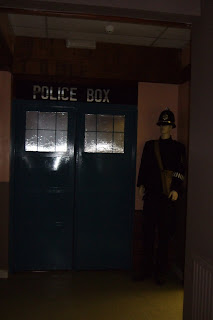 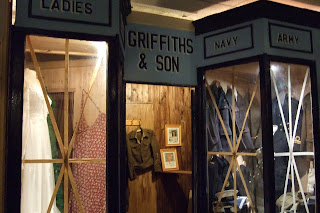 ...as did the old-fashioned clothes. 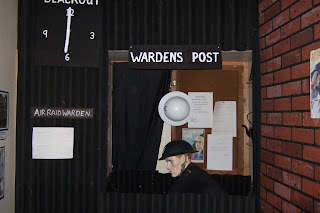 It was all fascinating, and the guides in period costume and personas were incredibly kind and informative. 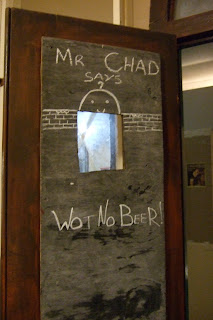 Posted by Elizabeth @ The Garden Window at 2:41 pm

Interesting pictures! This reminds me of the D-Day museum that I used to visit when I lived in Portsmouth. Have you ever been there?

By the way, I've given you a little award over at my blog. Stop by to pick it up!

I bet that was SO interesting - coming from Lincolnshire we have a few RAF places and I do enjoy a roam now and then. We must continue to pray that nothing like this ever happens again -we have much to thank our Fathers for. Love to you,